Know the Punta de Orchilla: the westernmost point of Spain

If you are passionate about hiking and travelling to incredible places, you will love Punta de Orchilla that is located on the island of El Hierro, in the Canary Islands.

Do you want to know more about this place?

Known as Cape of Orchilla, it’s an inlet of land in the ocean that is considered the westernmost point of the whole country. It is located in the municipality of El Pinar, on the island of El Hierro.

The Greek Claudio Ptolemy was establishing terrestrial coordinates and the Island of El Hierro was the westernmost point known, the end of the world, so there was no better point from which to start counting.

In 1634 Cardinal Richelieu, at the service of Louis XIII, brought together astronomers, mathematicians and other wise men with the intention of establishing a universal zero meridian and concluded that El Hierro met the best conditions, in particular, its westernmost end, the Punta de Orchilla In addition, it was a good way to divide the Old and the New World.

Years later, in 1724, a trip was made to establish its exact situation, hence in many maps between the sixteenth and seventeenth century appears the Orchilla meridian as the 0.

The Orchilla Lighthouse was built on top of the line of representation of said meridian that was also one of the most used until 1884, when it was moved to Greenwich near London, after the Washington Conference. Hence, El Hierro is also known as the Meridian Island.

Upon reaching the Punta de Orchilla you will see this emblematic lighthouse right at the footsteps of a huge volcano named Montaña de Orchilla.

The lighthouse was first lit on September 25, 1933, so that navigators could have a lighthouse with flashes every 5 seconds. It is also considered as the most important civil building on the island, being just over 80 years old.

By its appearance we can extract that it is built in volcanic stone coming from Gran Canaria and it is a monumentalist building, with touches of eclecticism and historical rationalism.

The history of La Punta de Orchilla and its Lighthouse leaves no one indifferent; many travelers come to this island to know this story and visit this place.

We are facing the westernmost point of Spain and that it was considered the meridian 0 of the entire planet, making it a must see on your trip.

Atlantidea organize a great exclusive route in the area.

This website uses cookies to improve your experience while you navigate through the website. Out of these, the cookies that are categorized as necessary are stored on your browser as they are essential for the working of basic functionalities of the website. We also use third-party cookies that help us analyze and understand how you use this website. These cookies will be stored in your browser only with your consent. You also have the option to opt-out of these cookies. But opting out of some of these cookies may affect your browsing experience.
Necessary Always Enabled

Any cookies that may not be particularly necessary for the website to function and is used specifically to collect user personal data via analytics, ads, other embedded contents are termed as non-necessary cookies. It is mandatory to procure user consent prior to running these cookies on your website. 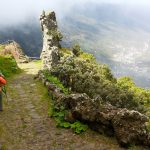 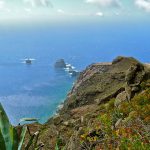 These are the reasons to visit El Hierro on your vacationCuriosities